We have been listening about the Blockchain technology and the Internet of Things since the past decade and everyone has either heard of them or witnessed the great powers these technologies possess. But the wonder is when these two giant technologies come together in a merger. It increases the possibility of a great future that can be unleashed with these technologies and would be far greater than their individual powers.

To have the best understanding of this, we must first define what these technologies individually are and what they have to offer. To set you with this here is the official definition of both these technologies:

Takes on Blockchain and IoT

Considering the powers that the merger of these technologies have to offer and promise for the future, major tech giants are not waiting for the time to come and have already boarded the voyage of these technologies. Companies like IBM have already taken measures to introduce the merger of Blockchain and Internet of Things in their business. IBM has also released an infographic stating, ‘building trust, cost reduction and the acceleration of transactions’ as the three key benefits of using Blockchain in IoT. (Source)

To illustrate the perks of Blockchain technology and Internet of Things convergence, IBM gives the contrasting example of complex and highly secure trade lanes and logistics whereby smart contracts can come in place(and via Blockchain technologies secure network register), everything that has happened to an individual item, property, transaction and packages. Some of the benefits of this duo that are to follow are audit trails, accountability, full authenticity and availability over a distributed network, new forms of smart contracts and speed in transactions.

In many ways, the Blockchain and IoT when combined together are a perfect pair. The Blockchain technology and its application is currently securing the most valuable cryptocurrencies all over the world, and its embedded smart contracts, authentic features and decentralized network are significant and almost a proper solutions for IoT’s security concerns. Moreover, this same feature of storage on distributed network ensures continual connectivity because an outage in any one area does not impact any other. The application of Blockchain technology can ensure that IoT devices maintain the connectivity and availability that they need to provide the services they are designed to offer.

In its current state, the Blockchain is divided among its various organisations, companies and platforms. Developing connections between these distributed block chains and allowing them to capitalize and flourish on one another’s strengths is a necessary and highly fruitful step toward realistic Blockchain integration — especially for IoT purposes.

With great power comes great responsibilities. And same is the case when a merger of Blockchain and Internet of Things is considered. Some of the most common and easily identifiable changes are that of security, operations and legal compliances.

In an Internet of Things context where technical security is already a challenge, it’s clear that the security of the system needs to be viewed with utmost importance. Though Blockchain is considered a measure to introduce security to applications of IoT, overall security is yet another matter of discussion with several opinions and aspects.

Martha Bennett, a Principal Analyst serving CIO Professionals, has also explained the legal and compliance issues of the merger. Bennett refers to responsibility issues, in case of actions that are taken by devices, based on a rule that is automatically executed by a Blockchain-based application, triggered by another Blockchain-based application (you see the complexity). And then there is the mentioned example of smart contracts. As you know contracts are far from easy, even outside this IoT and Blockchain context. (Source)

Just like any other new technology or invention being introduced to the world, a merger of Blockchain and IoT have their discussion and arguments over perks and cons of their merger and the power they possess. But one thing that is advent and crystal clear is, this merger is a future possibility becoming realistic with every passing minute. The beneficial choice is to indulge in the merger and enjoy the benefits.

Document Signing with the use of Blockchain Technology

If you would like to learn more about what we can offer, and bring to your project.
Please don't hesitate to make an enquiry below. 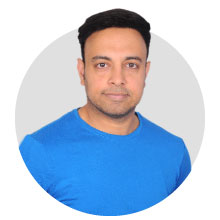 “Let us hear your idea and find out the best approach of developing and maintaining it..” Sahil Gupta, Parangat Technologies CEO.

We've Got Your Mail.
Our business development team is looking into your requirements and will get back to you at the earliest.
In the meantime, you may want to check out Our Work