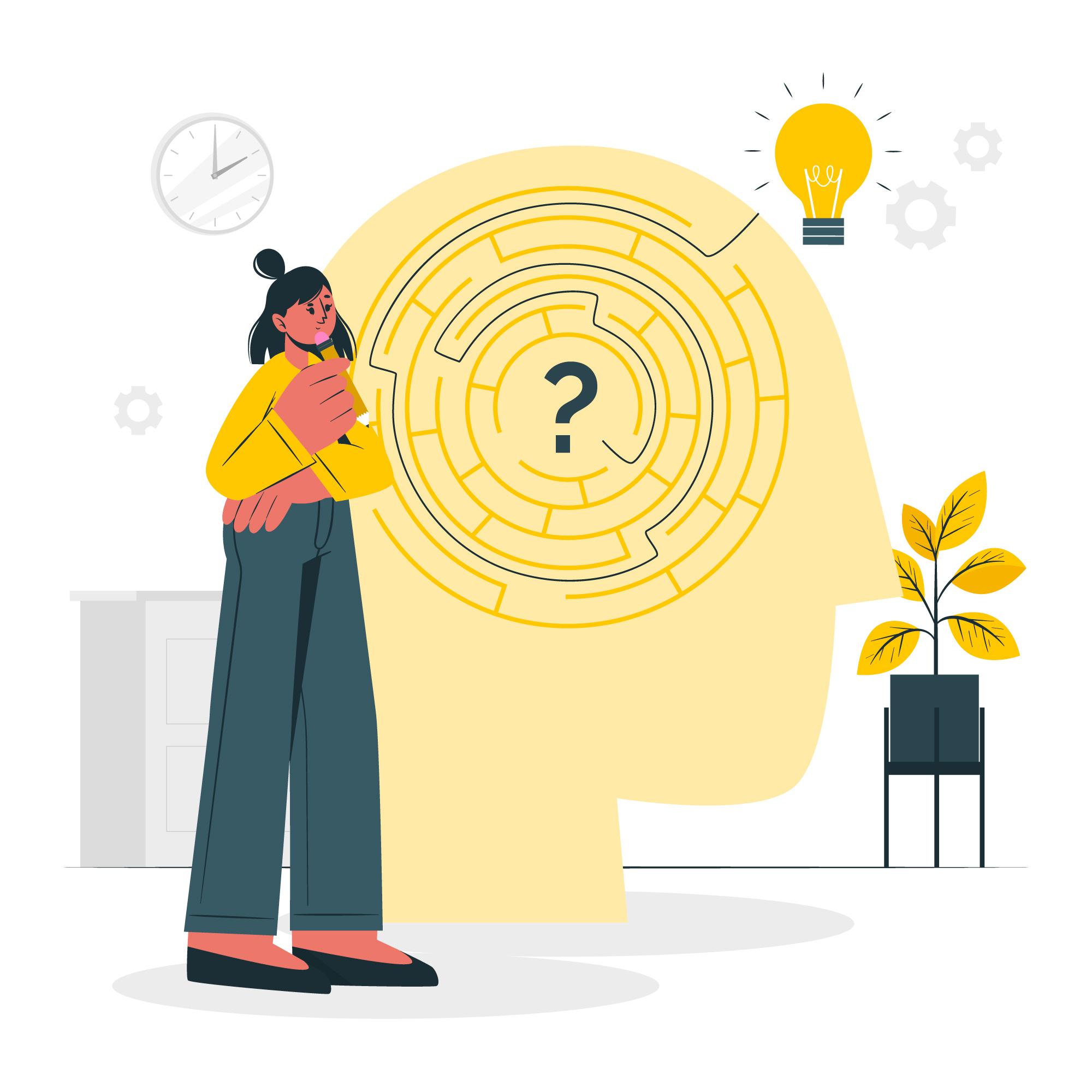 Blockchain technology has been accompanied by a lot of hype, which has attracted the interest of many corporate leaders, but it has also raised concerns about blockchain issues and hazards.

At its most basic level, blockchain refers to peer-to-peer distributed ledger technology that can efficiently and permanently record transactions between two parties, allowing for tracking and traceability. This new technology has game-changing potential for many applications far beyond its cryptocurrency origins.

Below are the top 3 essential statistics of blockchain to keep in mind to realize the importance of blockchain implementation for your business.

However, organizations frequently encounter the same challenges when attempting to use blockchain. Understanding the challenges should be the first step toward conquering them and moving forward on the path to success.

Major Challenges with Blockchain: What Are They and How to Avoid Them?

Here’s an overview of some of the blockchain challenges and their potential solutions that any organization considering adopting it should be aware of. Let’s start with the most important…

1. Lack of Trust Among Users

According to PWC’s Global Blockchain Survey of 2018, 45 % of organizations investing in blockchain technology feel that a lack of customer trust will be a significant barrier to adoption.

This problem has two sides: organizations may not trust the technology’s security, and they may not trust other participants in a blockchain network.

Every transaction on the blockchain is secure, private, and verifiable. Since the network is decentralized, there is no central authority to confirm and verify the transactions.

This is due to regulatory uncertainty and concerns about the capacity to interconnect business networks. We can, however, plan cybersecurity and compliance frameworks that regulators and stakeholders will trust if we address the trust gap early.

Platforms like TradeLens (a global logistics network (built by Maersk and IBM utilizing the IBM Blockchain Platform) highlight what may happen when peers and competitors collaborate to discover answers to common difficulties to build confidence among users.

“Trust Anchors” are members of the TradeLens private blockchain, and unlike anonymous public blockchains, they are known to the network based on cryptographic identities. To provide immutability, privacy, and traceability of shipping papers, TradeLens employs a permissioned blockchain.

A closer look at this roadblock reveals that it stems from a lack of organizational knowledge and comprehension of blockchain. As public awareness of new technologies grows, so does the ability to effectively make a business case for their adoption.

This will be true of blockchain as well, assuming that enthusiasts focus on developing a business case that shows how the technology’s benefits will outweigh the costs of deployment.

Another issue with blockchain adoption is its high energy consumption. The majority of blockchains now on the market use huge power.

The core of blockchain technology depends on bitcoin’s architecture and uses Proof of Work (PoW) as a consensus mechanism for transaction validation. Users must solve complicated mathematical riddles to utilize these protocols, and they demand a lot of processing power to validate and execute transactions and secure the network.

Meanwhile, the amount of energy wasted by machines competing to answer the mathematical challenge has surpassed all previous records. The expenses skyrocket when you include the electricity required to keep the computers cold.

Many proponents of blockchain technology are working on more energy-efficient consensus methods to address this problem. The Proof-of-Stake (PoS) protocol uses a method of assigning validation duties randomly to nodes based on the stake of a participant.

Because participants do not have to solve complicated riddles, these technologies reduce energy use considerably.

Moreover, private blockchains are better suited to serving firm interests from a business standpoint since they allow restricted access, an extra layer of secrecy to protect trade secrets, and are more energy-efficient.

One of blockchain’s most significant technological challenges is the network’s technical scalability, which might impede adoption, particularly for public blockchains.

Since the nodes in the network are specifically designed to handle transactions in an environment of trusted parties, this lack of scalability is not a concern for private blockchain networks.

There will be some exciting solutions to the scalability problem shortly.

Several blockchain initiatives have been set up to address scalability issues on large networks. The Polygon network, for example, is an Ethereum side-chain. Layer-2 scaling solution (TPS) processes over 1,000 transactions per second.

For processing, commit chains group transactions together. Before being returned to the main chain, they are all confirmed. The fundamental goal of side-chains is to help programs that are compatible with the main chain run more efficiently and for less money.

Also, side-chains, which exchange information with other blockchains, help interoperability. Orbs, Ark, and the Loom Network are examples of other side-chain alternatives.

A large number of blockchain networks lack interoperability. Over 6,500 projects are using a range of – primarily independent – blockchain platforms and solutions, each with its own set of protocols, code languages, consensus methods, and privacy protections.

The issue is that the blockchain ecosystem is in a “state of disorder” due to a lack of common standards that allow different networks to connect.

Because of the absence of consistency among blockchain protocols, essential procedures like security suffer, as a result, making mass adoption nearly tricky.

Establishing industry-wide standards for multiple blockchain protocols could make it easier for businesses to collaborate on application development, validate proofs of concept, and share blockchain solutions, as well as connect them with current systems.

There are now several projects claiming to enable interoperability between different blockchain networks, such as

In the present era, many businesses adhere to strict privacy policies mandated by law. Their customers put their trust in them with personal information. However, if all of this information is included in a public ledger, it won’t be considered private anymore.

Here, a private or consortium blockchain could be helpful. You’d have restricted access, and all of your personal information would be kept confidential as it should be.

Another important aspect is security. However, only a few instances have adequate protocols in place to deal with this. While blockchains are more secure than traditional computer systems, hackers can still compromise blockchain-based apps, systems, and enterprises.

The solution isn’t only to have the government preserve people’s privacy. We will capture and govern our data thanks to self-sovereign IDs on the blockchain.
While a lot of work is being done on numerous privacy protocols, such as proof of zero-knowledge, to address these problems, and good identity projects (Sovrin) are in the works, we are still a long way from an entirely new identity framework.

Blockchain has an issue with its perception. Too many people associate blockchain with cryptocurrency. Particularly, crypto is associated with fraudsters and hackers who abuse the technology.

This lousy rep reflects poorly on the blockchain technology system as a whole, making individuals reconsider their decision to adopt it.

To function correctly, blockchains rely on widespread adoption. To implement track-and-trace capabilities in supply chains, an organization would have to adopt a blockchain network, as well as its suppliers.

Despite this, according to APQC, only 29% of firms are experimenting with blockchain or have fully implemented it. Until blockchains are widely adopted, their effectiveness and scalability will be limited.

Despite this; there are reasons to be optimistic about blockchain adoption. Organizations form collaborative blockchain working groups to address common pain points and build solutions that benefit everyone without revealing private information.

The tool, among other things, allows organizations to track packaged drug shipments, which helps safeguard the supply chain while also reducing reliance on paper logs and ensuring the security of medical trial data.

Blockchain is still a relatively new technology, and the skills required to develop and use it are few. For quite some time, the market for blockchain expertise has been very competitive.

According to the Blockchain Council, demand for blockchain engineers increased by more than 500% in 2019 compared to the previous year, with basic salaries for blockchain developers rising in tandem.

Furthermore, the cost and complexity of acquiring talent in this area add to enterprises’ concerns about implementing blockchain and integrating it with older systems.

One approach to bridge the skills gap is to employ blockchain as a service (BaaS), which allows businesses to benefit from the technology without spending heavily on the technical capabilities required.

In the context of other technologies, such as robotic process automation(RPA), we’ve previously seen this strategy close the skills gap. Rather than developing bots and writing code in-house, businesses may now turn to various providers with the experience to adopt RPA and modify it to their specific needs.

Users will also need to know how to execute smart contracts (which use blockchain to automatically carry out particular activities whenever the contract’s terms are met). Still, they will not require a technical understanding of distributed ledgers.

The list mentioned above of Blockchain adoption issues highlights the necessity for technological advancements. And the industry is working hard to solve them. Things will undoubtedly become more comfortable and trigger mass adoption if we can fix these and remove these bottlenecks.

In reality, many applications and projects of blockchain are already live and running smoothly. As you can see, there are solutions and possibilities to all of blockchain’s problems.

Furthermore, many businesses are eager to deploy or employ this technology, spending considerable amounts of money to do so. As a result, a significant shift in society and the economy is just a matter of time.

Blockchain has the potential to:

At Parangat, we have a specialized team of highly knowledgeable blockchain developers who are well-versed in identifying all potential blockchain adoption challenges and the prospective knowledge and research ability to solve them.
Get in touch with us, and we’ll gladly assist you in incorporating blockchain technology into your business.