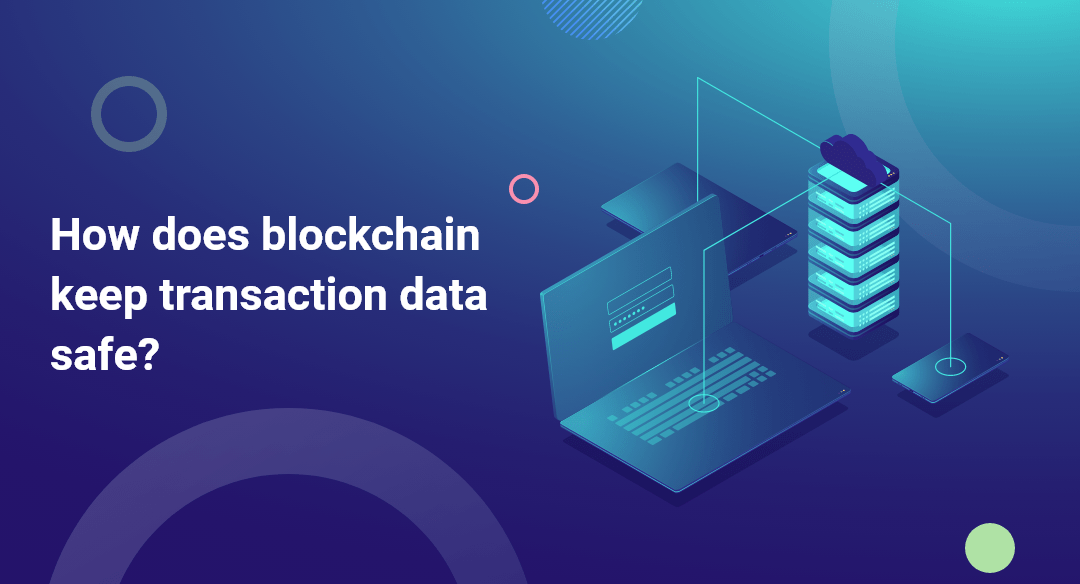 Data is considered one of the world’s most important assets. Hence, the need to protect it from being hacked or tampered with. Organizations are trying to secure data by implementing various stringent authentication measures and using cryptography key vaulting mechanisms. These measures, however, are not enough to thwart attempts at fraud. In this scenario, blockchain is emerging as one of the best ways to secure data. As it is a relatively new technology, people are still debating how secure blockchain is.

As per the reports, the global blockchain technology market will likely be worth $20 billion by 2024. Its unique data security measures are capable of thwarting malicious cyber-attacks. However, understanding how blockchain works can be a bit tricky.

Hence, this article attempts to summarize blockchain data security in simple terms. By the end of this article, you will be able to decide how and why blockchain is secure.

What are the different types of Blockchains?

Permissionless blockchains allow anyone to anonymously or with a pseudonym join a blockchain network (or become a network node). They can participate in both mining and validating blocks of data.

Permitted blockchains are such and are not accessible to anyone. Access to such blockchains is limited to a certain number of users. In addition, the users can only perform specific actions granted to them by the administrators of the concerned ledger. Unlike permissionless blockchains, the identity of a user is known to the other users of that blockchain.

Following are the different types of blockchains –

These blockchains are permissionless. Anyone can join this blockchain without revealing one’s identity to fellow users. In this type of blockchain, both the decision-making and the controlling powers are not restricted in the hands of a central authority but somewhat decentralized, i.e., exercised by a network of users.

These blockchains are also known as managed blockchains. The central authority has the power to determine who can be a node in a private blockchain. Unlike public blockchains, each blockchain node does not exercise equal rights to build new blocks of data, access the blockchain, and validate data blocks.

These are partially decentralized blockchains that are not accessible publicly. The business-to-business (B2B) virtual currency trading networks Ripple and Hyperledger are some of the best examples of private blockchain.

To address these drawbacks, consortium blockchains have been developed.

For the financial services industry, a consortium blockchain has been developed by R3 – An enterprise software firm. The Global Shipping Business Network Consortium, a non-profit blockchain consortium, has been built by CargoSmart.

How does blockchain provide security for digital credentials?

Now, let’s discuss how privacy and security in blockchain are ensured.

To understand how blockchain provides security for digital credentials, let’s break the process down into several component parts such as –

What is a digital credential?

A node is any device, be it phones, personal computers, servers, or IP webcams, that is linked to the internet. These nodes are interconnected. Each of these notes in a blockchain can be regarded as an independent ledger. Hence If any user tries to tamper or amend a particular record on the blockchain, they must gain access to more than half of the nodes that bear a copy of that blockchain. The greater the number of nodes(digital ledgers), the more difficult it would become to hack each node.

Moreover, in a blockchain, data is stored in an encrypted form using a private and public key or an encryption algorithm and an encryption key. This means that a simple text such as “my name is John” is converted into unreadable code except for those with the right decryption key. However, it would help if you were clear about one thing, anyone can see the transactions that are recorded on the blockchain. The data contained within these transactions can be seen only by the rightful owner/owners.

After reading these measures, you are sure to have a satisfactory answer to your query – “is blockchain safe?” This is why blockchain data security is considered powerful enough to safeguard digital credentials against fraud.

Why should we use blockchain technology for data security?

You might still wonder how secure blockchain is or why it is secure. Below are some reasons which are likely to leave you with no doubt as to why and how blockchain is secure and why it should be used for data security.

As the name suggests, Blockchain is a chain of digital “blocks.” These blocks contain transaction records. Since these records are not kept in a central location but instead distributed across everyone’s computers, phones, or servers of the blockchain network, the recorded data cannot be changed from a single node. All of these nodes are in sync and are continually updated. Moreover, these blocks are linked to each other with the help of unique identifiers, which are in the form of cryptographic hashes.

Hackers could quickly attack traditional networks because all the information was stored in a central repository. Information stored in blockchains is unfeasible to attack because the data is decentralized across peer-to-peer networks. If an attempt is made to alter or hack data from one node, others will automatically get to know about such an attempt, and consequently, the attempt can be successfully thwarted.

Cryptography is used to secure the records on a Blockchain. Each participant in a blockchain network is assigned a key to their transactions as a personal digital signature. As soon as the record is changed without the consent of the majority of the network, the peer network will get a notification that something has happened. Early warning is immensely helpful in preventing any further damage. You can thus see how the developers have ensured privacy and security in blockchain technology.

Since Blockchain guarantees the security of all transaction records, it can significantly reduce the number of finance-related crimes. Since the transactions between the bank and its customer are immutable, this information can be referred to as and when needed. This will promote transparency in transactions.

Blockchain speeds up the transaction process by eliminating third parties in the case of transactions between customers. This makes it easily possible to exchange currency at a lower rate than those charged by the banks.

It can be safely predicted that the use of Blockchain in the banking sector will grow exponentially.  It can be one of the best measures against money laundering and fraud.

Blockchain ensures that your valuable data is encrypted, which means that your data is converted into a code to prevent unauthorized access. This makes it immensely difficult to modify your data. You can also secure your data by saving a cryptographic signature of your file or document on a blockchain. This way, you do not need to save the entire file/document on the Blockchain.

Since Blockchain has a decentralized nature, you can easily cross-check the cryptographic file signatures across all the ledgers and nodes on the blockchain network and verify whether they have been changed or not. If someone modifies a record, the signature becomes invalid. Thus you can verify from time to time whether your documents are safe or not.

Since Blockchain technology has a decentralized nature, it does not depend on one particular control point. Each node on the blockchain has a complete copy of the data. This lack of a central authority makes it even more secure, as data blocks cannot be modified from one computer. Without a central authority, Blockchain depends on consensus protocols across peer-to-peer networks. 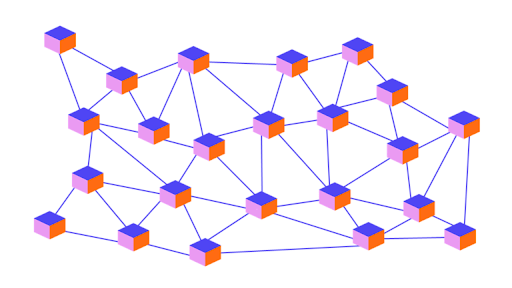 Mobilecoin attempts to develop an easy-to-use, secure, and user-friendly cryptocurrency, especially for businesses that do not have enough resources to independently avail of practice-ledger security measures.

Mobilecoin’s cryptocurrency does away with third-party transaction vendors. Instead, it keeps all the transaction data between two parties encrypted. It is currently working with Facebook Messenger, Signal and WhatsApp.

This California-based cryptocurrency company is an exchange that allows the buying and selling of digital currency. You can trade anything from Bitcoin to Ethereum to Litecoin on this company’s encrypted blockchain platform.

Since it runs entirely on encryption, it is almost impossible to be hacked. Coinbase stores passwords and wallets in a highly secure database. Employees must undergo a strict background check to ensure the safety of their crypto.

J.P. Morgan is the biggest and most renowned financial institution in the United States. It has built an enterprise-focused model of Ethereum, which is called Quorum.

Recently, J.P. Morgan issued a $150 million debar to the National Bank of Canada for one year. All aspects of this debt lifecycle, including origination, execution, and settlement of the debt, have been stored in blockchain.

The U.S.-based Lockheed Martin is the first-of-its-kind defense contractor implementing blockchain security. It has joined hands with the cybersecurity firm Guardtime Federal and has implemented blockchain cybersecurity protocols in various aspects, such as software development, supply chain risk management, and engineering systems.

Lockheed Martin aims to use blockchain technology to secure every step of its weapon development system and is also striving to ensure that the most vital and dangerous weapons be made incorruptible.

You had, in all probability, beginning with the question – ” Is blockchain safe?” This article was an attempt to answer your query. Blockchain technology is a combo of security and transparency. Since all the blocks in the blockchain are interconnected, and each transaction is recorded in an encrypted form across all the blockchain network nodes, the chances of tampering with data are almost negligible. It is a unique way to manage data and address issues such as data security.

To know more about how blockchain technology can be used to secure data transactions, connect with Parangat Technologies.