Types Of Blockchains: A Brief Comparison 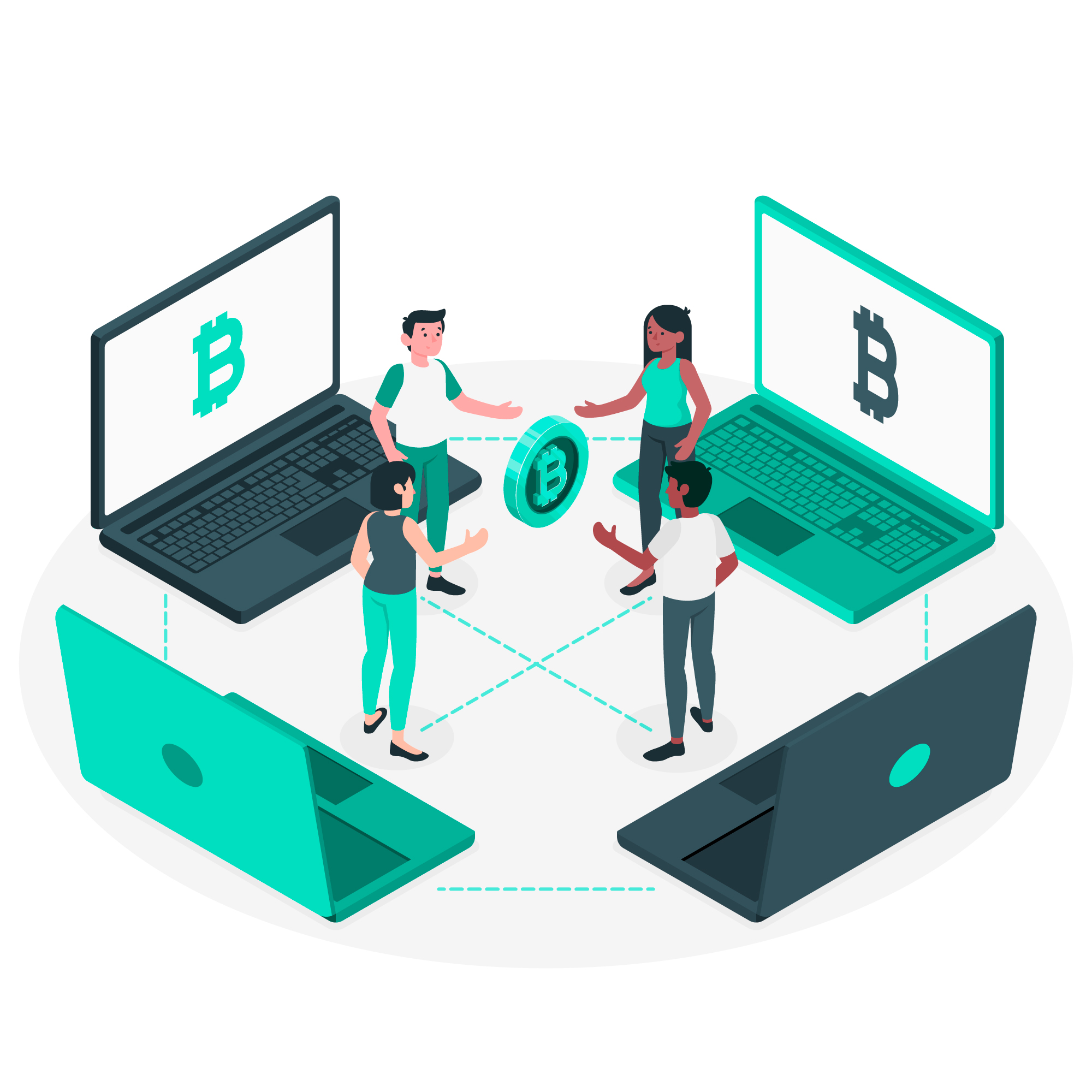 Blockchain is a distributed and immutable ledger that helps companies record transactions and manage assets (both tangible and intangible) more efficiently. All forms of value can be recorded and exchanged on the blockchain network, eliminating risk and reducing expenses for all parties.

But, first and foremost, what are blockchain networks?

The blockchain network is an infrastructure that connects applications to the ledger and smart contracts. In general, smart contracts create pre-planned or preprogrammed transactions sent to both peers in a network and then immutably recorded on each node’s ledger copy. App users include client application users and blockchain network administrators.

So, how many different blockchain networks exist?

In most circumstances, multiple companies form a consortium to build the web, and their permissions are governed by regulations that the consortium agrees to when the network is first created.

This article will cover all four types of blockchain networks and their benefits, challenges, use cases, and examples.

What Is The Purpose Of Different Kinds Of Blockchains?

When blockchain technology was exposed for the first time, it was a public version with a cryptocurrency application. Because of this, it is hard to decipher the creator’s intentions, even though it introduced the concept of decentralized ledger technology (DLT).

The DLT mechanism altered how we tackle problems in our daily lives, enabling groups to work without relying on a central authority.

While distributed technology overcomes the limitations of centralization, it also poses new challenges when it comes to implementing blockchain technology in various situations.

Bitcoin, for example, relied on the inefficient Proof-of-Work consensus mechanism, and it needed the nodes to use energy to do mathematical calculations.

Initially, it wasn’t a problem, but as the difficulty level increased, so did the time and energy required to solve those complex equations. The inefficiency of this method makes it unsuitable for any system that must remain efficient.

For example, banks handle many transactions each day, and they demand extensive scalability. This makes the public blockchain unsuitable.

In addition to scalability and lack of automation, the first generation of blockchain had many other shortcomings.

In conclusion, we can summarize that:

These three factors are considered the base points to invent new types of blockchains as mentioned below:

The permissionless blockchain is an open network that allows any user to connect pseudo-anonymously, and it does not limit the privileges of its nodes.

Examples: All public blockchains such as Bitcoin and Ethereum are permissionless blockchains.

Therefore, a permissioned blockchain is more efficient. Moreover, since nodes on the blockchain can only access the network via a specified address, fewer nodes are online, resulting in comparatively faster transaction processing, unlike permissionless blockchains.

Examples:: All private blockchains such as Corda, Hyperledger Fabric, and Quorum are permissioned/ Enterprise blockchains.

Based on this category, we have four types of blockchains:

Public blockchains fall under the category of permissionless and are decentralized, allowing everyone in the network to participate. All blockchain nodes in the public blockchain network possess equal access to the blockchain, generate new data blocks, and authenticate the data on the blocks.

The users who perform mining are compensated for their efforts with a small bitcoin. The miners are similar to modern-day bank tellers in that they formulate a transaction and are paid for their work.


Use Cases of Public Blockchain

The public blockchain has a variety of applications. Let’s look at a few of them to get a better sense.

Restricted access and permissioned relationships are the lifeblood of private blockchains. New users are usually invited and validated by the platform’s admin or founder’s particular rules.

Enterprise blockchains are typically used for intra-company transactions, with access limited to corporate members and employees. However, non-members are permitted access to the chain on a need-to-know basis if they need to be there. R3 Corda and Hyperledger Fabric are some of the most well-known private blockchains.


Use Cases of Private Blockchain

There are numerous applications for private blockchains, and the following is a list of some of them.

Federated blockchains (also known as consortium blockchains) are a new solution that combines the capabilities of public and private blockchains.

While some aspects of the organizations are made public in a consortium blockchain, others remain confidential.

Preset nodes govern consensus operations on a blockchain. Even though it is not open to the general public, it maintains a decentralized nature. Multiple organizations administer a consortium blockchain.


Use Cases of Consortium Blockchain

The consortium blockchain has a variety of applications. The following are a few of them:

Although hybrid blockchains sound like consortiums, they are not the same thing. However, there are similarities between the two.


Use Cases of Hybrid Blockchain

Which Type of Blockchain Should you Choose?

Public, private, and consortium blockchains are not mutually exclusive – they are different technologies:

Wrapping up Types Of Blockchains

We look at different blockchains. If you’re a business and want to use blockchain without making anything public, using private blockchain is a fantastic choice.

On the other hand, a public platform is a smart choice if you want your network to be transparent, and they are not suited to enterprise use cases.

However, if you are looking for expert advice, reach out to Parangat. Our specialized staff of highly-skilled blockchain professionals will identify your visions and impediments in the process. Then, we will provide you with the most feasible solution for implementing blockchain technology in your business operations alongside providing full-fledged support from project ideation to deployment.