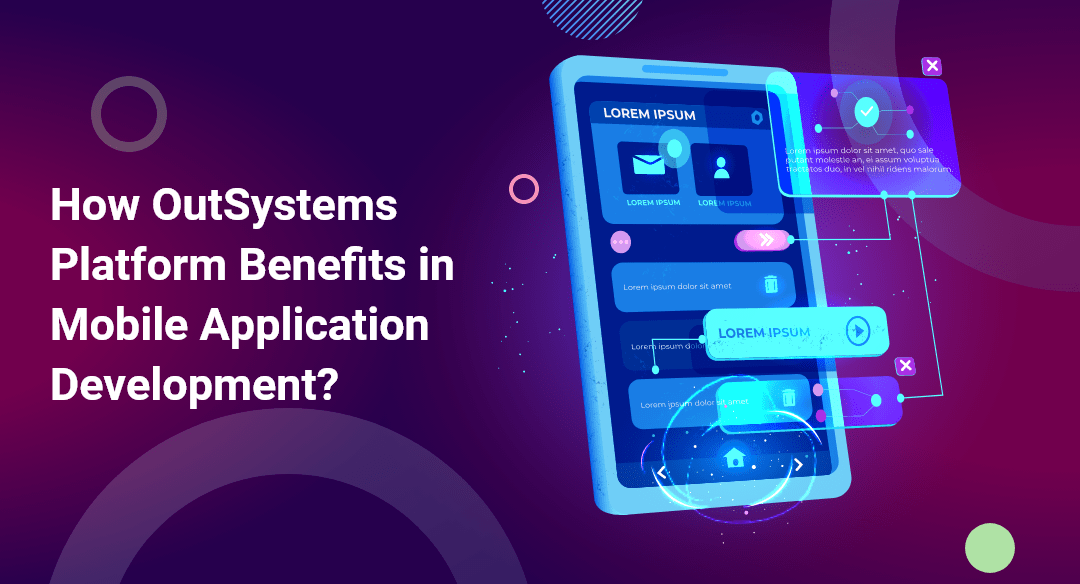 If you are looking for answers to such questions, you have come to the right place!

The simplification of the application development process has allowed app developers to work faster and more efficiently while implementing their creativity. Today’s IT world holds immense potential for low-code platforms.

Today, Outsystem is a globally recognized platform. They have connected with more than 435,000 community members, 350 partners, and thousands of active customers in 87 countries across 22 industries.

Such platforms are often preferred over other conventional methods for their fast-paced development. Let us learn some more facts and benefits of the Outsystems low code development platform.

What is OutSystems and Why is it important?

Outsystems is a low-code app development platform for creating mobile/web applications, which is easy for beginners without technical knowledge. Low-code platforms have overcome the code-extensive platforms because of their features. This is due to the numerous advantages of low-code development. Before learning about the advantages, we must learn about the low code.

What is low code development? A low code development platform lets you create software for an application without needing to write code manually. It works using a visual or a graphical interface, i.e., drag-and-drop tools, smart services, and more. The design drastically decreases the need to write manual code while developing an application, which cuts down the development time and lets you complete the software much faster than traditional coding. With the help of low code, a beginner without any technical experience can also learn how to develop an app, as it does not require any prior tech knowledge.

Low code is the future of internal app development, as more than 80% of people globally agree to be using low code platforms to develop apps for their businesses.

Outsystems is a platform where you can find all the low-code solutions for your mobile app development. It has many key features that differentiate it from other software development methods.

Since it does not require complicated code knowledge, Outsystems lets you create your app within minutes. Since manual coding requires a lot of detailing and concentration, it takes up a lot of time to work out. With the help of low code, you save more than half of your time and utilize the leftover time to improve your application’s performance.

Outsystems manages the software development data much more efficiently than its manual counterparts. You can entrust your data with Outsystems as it handles the data very intricately. After publishing the app, you can manage the app content via the Outsystems low code platform.  The data remains encrypted, and the content goes on display according to your own customizations.

After completing the development process, Outsystems low code also takes the responsibility to publish your app and manage its performance on the Play Store and App store.

The OutSystems platform works on a modernized approach to development. The platform allows tweaking various layers of an application design, which helps identify the issues and fix them using the most efficient techniques. By doing this, Outsystems streamlines the layers and delivers the final product more quickly.

Along with saving time, another benefit of Outsystems is its cost-efficient application development because most things are low-code and automated.

Using Outsystems, you get numerous pre-developed user interfaces to choose from, which eventually saves you time if you do not wish to design an interface from scratch.

8. User interface development in no time

Even when you wish to develop a new interface, the graphic-based design lets you make quick decisions and create a new UI in no time.

What Types Of Apps does OutSystems Develop?

Outsystems low code development platform lets you create mobile applications and more! The range of functions you can perform using this platform is outstanding once you learn how to use it. The types of applications you can develop using low code are:

A mobile app using Outsystems refers to an Android/iOS application that can be downloaded from Play Store or App store. These mobile apps are developed using Apache Cordova. Such apps on Outsystems give the best user experience on mobile interfaces.

Tablets are bigger than mobile phones. Their app interfaces require a different range of sizes to suit the tablets. Tablet apps are not much different than mobile apps, as they have similar working databases. Tablet apps, like mobile apps, can be published over both Play and App stores, depending on their various companies. But the good news is that you don’t need to develop the apps any differently.

A reactive web application mainly runs in the user’s browser. This kind of application comes with a responsive user interface. Using Outsystems low code, you can develop different components with one code and implement them in various applications. These applications have a unique user experience across all platforms.

OutSystem’s low code makes everything responsive with the help of its unique user interface. Both mobile apps and reactive web apps have a responsive UI, making them quick to respond to their users. Outsystems has an in-built device detection that recognizes the device type and then displays the app interface according to the size.

Outsystems manages to create customized mobile apps using conventional apps and tools. The platform simplifies backend development, as it works in layers, takes care of all the design, development, and deployment processes, and streamlines them into a simplified version of an application development software.

What Are The Benefits Of OutSystems for Application Development?

Outsystems as a platform feature low code development for creating innovative applications and unique user interfaces with the most simplified ways of coding, even no code at times. There are quite many benefits of adapting Outsystems as your application development platform. Let’s have a look at them:

Applications developed using Outsystems are supported on all portable devices, be they Android or iOS. It does not need any special customization based on the operating system. 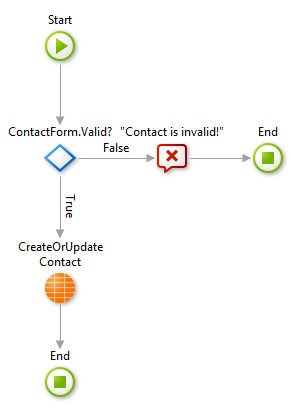 The benefits of low code can easily be seen when you require less time than traditional to develop an app. Productivity is increased as the platform allows the developers to reuse and recycle the interfaces used previously. The system lets the creator use low code as per their requirements without creating a technical barrier.

Since your time is cut short with the help of a graphics-based interface, you don’t feel monotonous with time-consuming coding. The less time you consume on the job, the more motivated and productive you will feel.

Outsystems lets you integrate the applications on all devices without any extra work. There are no increased complications like we see in manually coded websites or apps. Errors and bugs are automatically fixed, saving you from unnecessary complex codes! The OutSystems code analyzes the bugs and errors while monitoring the performance and reviewing the user experience. The multi-layer approach helps in fixing and debugging the applications while keeping an eye on the performance and improving them along the way.

Even after the applications’ launch, Outsystems continues to monitor their performance on the App/Play store. The platform also keeps an eye out for errors or bugs and fixes them whenever the app seems to malfunction. It also brings in updates for the app and tries to upgrade it without causing other errors.

As talked about before, using this platform, developers can create responsive web apps and mobile apps. The reactive nature of the applications makes the user experience smooth and rewarding.

The Outsystems platform provides you with a lot of creative mobile app themes that can be implemented in the development of your app. The platform comes with a number of pre-installed interfaces and templates for mobile applications that cater to your requirements.

Outsystems low code development platform is also backed up by AI assistance. This means that when you are working on an app, AI directs you to places that need rectification and provides intelligent solutions. AI works on logical reasoning and, thus, gives you the much-required “second opinion” or logical assistance that is needed.

Outsystems is a reputable platform. It promises to deliver the best in less. Security is one of the deepest concerns in the world of tech, especially in software development. Outsystems keeps your data secure while the platform works to create an equally secure application for its users.

Developers who have come to use the OutSystems low-code platform haven’t looked back. They can utilize low code as per their requirements their way. They can reuse certain modules and assets according to their needs, thus, accelerating the development process along the way.

According to research in 2021 at Statista, it can be observed that customer-focused apps built with low code platforms have increased by 58% of revenue. 58% of conventional, legacy systems have been replaced by low-code applications.

With the above study, we can witness how using the low code development platforms; there has been a major improvement in many aspects of application development. Extra costs are saved, less time is consumed, and more upgradation can be seen in the quality of the apps generated.

Adapt to the benefits of low code!

In this article, we talked about numerous advantages of low code development and the Outsystems platform. The world is looking towards low-code and no-code platforms to replace the manually coded app development approach. As the tech world is moving faster than ever, this is the right way to create, innovate, and increase productivity while keeping the quality intact!

There are different companies around the world that provide you with Outsystems low code services. Low code is the future of solution development. Choosing this platform means you don’t have to worry about IT needs that don’t work because the platform takes care of it for you.

With the help of professionals at Parangat, you can get a kickstart at developing an application suitable for your business. If you are interested in transforming your businesses with the help of low-code development, hurry up and connect with Parangat!