The Role of Blockchain in Cybersecurity 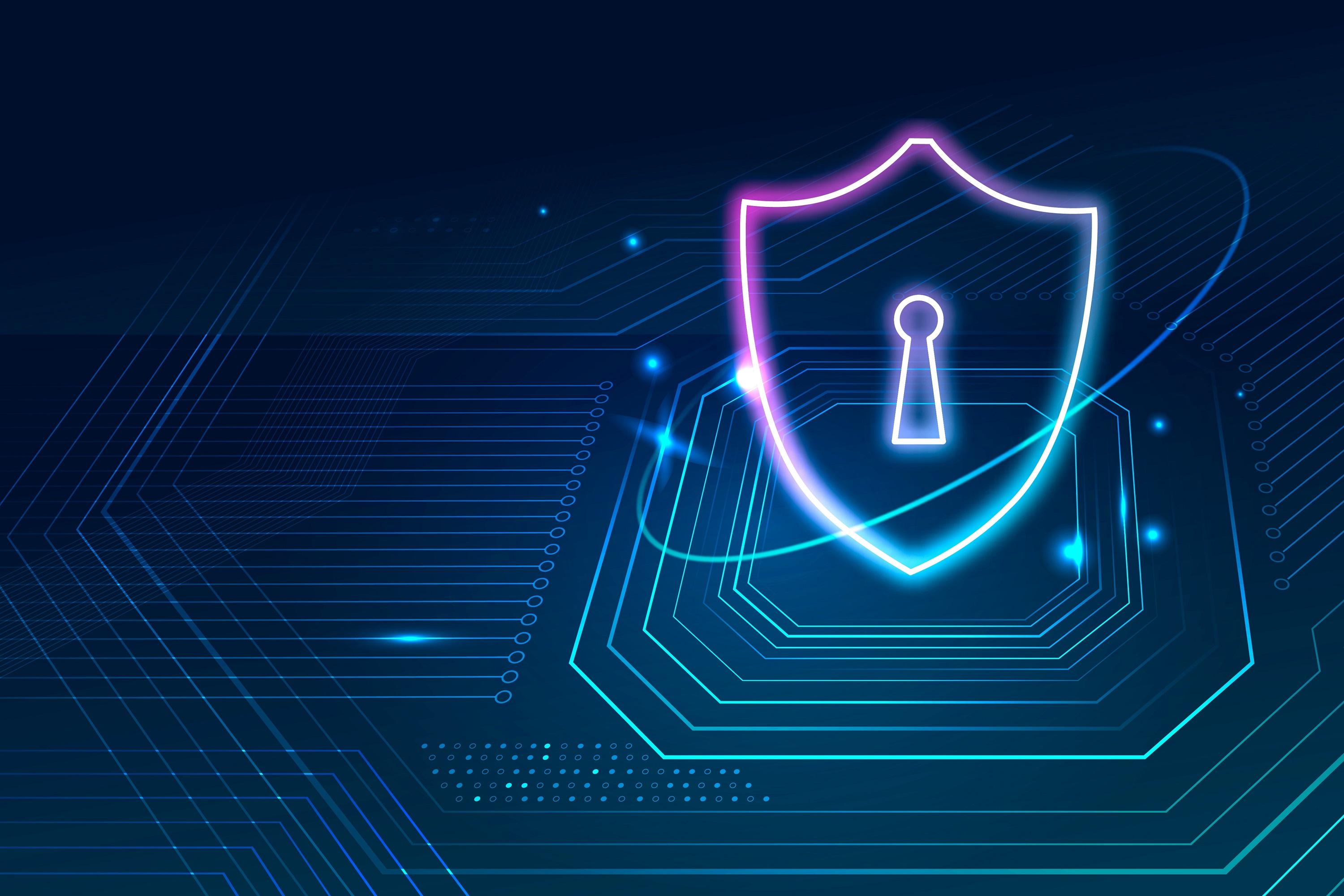 Despite this massive investment in cybersecurity, cybercriminals continue to attack known and unknown vulnerabilities by intercepting device, application, and network traffic. According to CB Insights, around 6 billion confidential files were stolen between 2017 and 2018.

It can even eliminate the need for some passwords, which are frequently referred to as cybersecurity’s weakest link.

To define, blockchain is a decentralized, distributed, and digital ledger that records transactions as blocks. Because of its immutability and limited access, this ledger aids in the storage of information transparently.

This article will provide you one shop stop solution for all that you want to know regarding the advantages and applications of integrating blockchain technology in cybersecurity.

Why Blockchain is essential for Cybersecurity?

The amount of data we generate is growing tremendously with each passing day. As hackers develop new techniques and deploy more sophisticated technology, we continue to develop advanced solutions to ensure security. As a result of all this, plenty of alarming cybersecurity facts and trends have popped up:

Blockchain technology’s inherent decentralized nature has a variety of uses, one of which is cybersecurity. Data manipulation is impossible on blockchain as network nodes actively cross-verify each other and detect the node with erroneous data.

Here are some of the fundamental features of blockchain that efficiently combat the drawbacks of the traditional cybersecurity systems:

How does Blockchain Enhance Cybersecurity?

In cybersecurity, the CIA triad model serves as a benchmark for evaluating an organization’s security model. The triad is consists of:

This means providing access to only those who have a legitimate interest and are authorized to access the data. While streaming across untrusted networks, blockchain data is fully encrypted, ensuring that it is not accessible by unauthorized parties.

Blockchain can enable extensive security measures by employing critical public infrastructure to authenticate participants and encrypt their communication. However, storing backups of private keys in secondary storage puts them in danger of being stolen.

To avoid this, key management processes such as IETF or RFC should be established and cryptographic algorithms based on integer factorization problems.

The immutability and traceability embedded into blockchains assist enterprises in ensuring data integrity. In the event of a 51 % cyber control attack, consensus model protocols can also help companies in implementing methods to prevent and control ledger splitting.

Each iteration of Blockchain records the past state of the system, resulting in a fully traceable history log. Smart contracts help verify and enforce norms between parties, making it impossible for miners to mine data blocks.

Cyberattacks seeking to disrupt the availability of technology services have increased in recent years, with DDoS attacks being the most popular sort of attack. DDoS attacks against blockchain-based systems are expensive since the attacker tries to overwhelm the network with a large number of minor transactions.

Because blockchains have no single point of failure, IP-based DDoS attacks are less likely to affect routine operations.

Data is accessible at all times via multiple nodes, allowing full copies of the ledger to be accessed at all times. Platforms and systems are more resilient due to the combination of several nodes and distributed operations.

Potential Use cases of Blockchain in Cybersecurity

Blockchain has evolved into one of the most fool-proof systems of dealing in the digital network space, being immutable. The technology has been adored for its ability to ensure information integrity when used as intended. Many industries can gain from it if it is properly implemented.

Here are some of the widespread use cases of blockchain to strengthen cybersecurity:

Tampering with usernames and passwords is a serious issue for many businesses, employees, and people. When hackers gain access to the central domain, which contains numerous users’ login credentials, they have access to a virtual vault containing a gold mine of personal data.

Companies can utilize blockchain technology to validate users using a multi-signature authentication methodology that eliminates the need for usernames and passwords by certifying that they have access to numerous devices.

Data breaches and theft are becoming a significant source of concern for businesses. The majority of companies still employ a centralized storage medium.

A hacker only needs to exploit one vulnerable spot to access all of the data present in these systems. Blockchain safeguards sensitive data by establishing a decentralized type of data storage.

Hackers would find it more difficult, if not impossible, to breach data storage systems using this strategy. Many storage service companies are assessing different ways in which blockchain can protect data from hackers.

Hackers are increasingly leveraging edge devices, such as thermostats and routers, to access larger networks. With the current infatuation with Artificial Intelligence (AI), hackers have found it simpler to access overall systems such as home automation via edge devices such as “smart” switches.

In this situation, blockchain assists in decentralizing the management of such large-scale systems or devices. The method will equip the gadget to make security judgments on its own.

In the future, blockchain will help restrict illegal access to data in transit. Data transmission is safeguarded by utilizing the technology’s comprehensive encryption function to prevent bad actors, whether individuals or organizations, from gaining access to it.

This strategy would result in an overall enhancement in the trustworthiness and integrity of data communicated over the blockchain. Malicious hackers intend to change or completely delete data during transit.

DDoS attacks prevent users of a target resource, such as a network resource, server, or website, from accessing or using the resource. These attacks either shut down or slow down access to the resource systems.

On the other hand, a well-maintained Domain Name System (DNS) is highly centralized, making it an ideal target for hackers looking to compromise the link between an IP address and a website’s name. In this attack, a website becomes unusable, unable to receive payments, and even redirects to another scam site.

The MD5 scenario compares new software identities with hashes from vendor websites. These hashes are permanently recorded on the blockchain in the case of blockchain technology.

Blockchain may be more efficient in checking software integrity by comparing it to hashes as the information recorded in the technology is not mutable.

7. Mitigating the threat of cyber-attacks to human safety

Unmanned military equipment and public transportation have lately been introduced due to new technological breakthroughs. The Internet simplifies data flow from sensors to remote-control databases, making these automated vehicles and weapons viable.

Hackers have been working to break into and obtain access to networks such as the Controller Area Network (CAN). When hackers get access to these networks, they gain complete control over crucial automobile functions.

Conducting data verification on blockchain for all data entered into and exited from such systems can prevent a lot of hardships.

The integrity of information created by cyber-physical systems has been harmed by data tampering, system misconfiguration, and component failure. Any cyberinfrastructure can be verified using blockchain technology’s integrity and verification capabilities. The information supplied by blockchain about the infrastructure’s components can be more reassuring to the entire chain of custody.

Benefits of Using Blockchain in Cybersecurity

Despite the challenges, the integration of blockchain and cybersecurity has sparked the interest of business leaders and technological professionals.

Here are some of the elements that make blockchain so appealing:

Cisco is a co-founder of the Trusted IoT Alliance, a consortium of 17 firms working to develop a blockchain-based Internet of Things protocol (IoT). This new coalition aims to establish an open-source blockchain protocol as the industry standard in significant industries throughout the world.

The Internet of Things (IoT) in retail refers to the network of systems, sensors, wireless, software, and other technologies that enable store digitalization.

In practical terms, it’s your existing network, but it’s better connected to assist you in taking the next step to grow your organization. The partnership will also develop a roadmap concerning the Internet of Things environment.

Australia has planned to create its National Blockchain Roadmap in collaboration with industry experts and scholars to lay out a global strategy for boosting its fast-growing blockchain industry for worldwide recognition.

The Australian government intends to build a DLT-based cybersecurity network. The government has also worked with IBM to create a blockchain ecosystem to protect the storage of government records.

The National Blockchain Roadmap Steering Committee, with the help of four working groups in Supply Chains, Credentialing, Cyber Security, and Regtech, is working on the roadmap’s execution. These industry-led working groups are investigating the current state of particular use cases and impediments of blockchain adoption.

Once licensed, Founders Bank will be the first stable and high-tech bank that focuses specifically on founders but is also owned by them, thus bridging the gap between traditional finance and crypto companies.

Founders Bank will focus on IT and crypto companies and provide top-tier banking services. Users will be able to access their accounts via mobile and desktop web applications and use them directly with Founders Bank credit cards.

Blockchain can disrupt the banking sector compared to all other applicable industries due to its decentralized ledger technology.

J.P. Morgan, a worldwide financial services corporation, is implementing blockchain technology to improve cash transfers between banks worldwide, including payments from Taiwan banks to beneficiary banks in other countries.

Although the application of blockchain in the company is still primarily in the proof-of-concept stage, CFOs and finance executives should regularly watch the latest blockchain advances.

While distributed ledger technology is still in its infancy, it is easy to understand how widespread use might have far-reaching ramifications for corporate finance.

As business models and markets evolve, blockchain will be just the latest technological advancement that requires the attention and understanding of the entire C-suite.

Due to reliable data encryption technologies, data integrity, network resilience, and scalability, the blockchain provides many opportunities for maintaining a high degree of data security. As a result, businesses in almost any industry can benefit from migrating from a traditional system to a blockchain-based system.

When implementing a blockchain to improve their products’ cybersecurity, enterprises should be ready to deal with several drawbacks and complications, just as they are with any innovative solution. The use of private keys, adaptation concerns, and a lack of competence are significant obstacles.

We have a specialized staff of highly skilled blockchain developers at Parangat who are well-versed in all aspects of this fascinating technology. Contact us, and we’ll gladly help you implement blockchain technology into your security services.